So, I just saw this post from George Takei (yes, him out of star trek) about this article from Good Magazine. Apparently, there are a bunch of folks campaigning to get this talented actress removed from a certain film because Hollywood is 'whitewashing' the cast. GOOD magazine article on Scarlett Johansson

For those who aren't aware of the term, 'whitewashing' is the practice of removing ethnic characters and replacing them with Pretty White People. 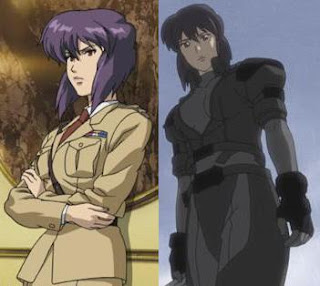 The film in question is an adaptation of the stunning and iconic Japanese anime 'Ghost in the Shell'. Well, its Japanese, right, so casting a white woman in the lead role must be Whitewashing, right?


Wrong. The film is about a security unit called 'Section 9', and not one of them is asian in appearance. In fact, through the whole show, the only people who look asian are politicians, android geisha, and peasants. Everybody else is european/american. The image over there is Major Kusanagi, the character Johansson is supposed to be playing. I see no conflict casting an american/european to play this role.

So I say, in this instance, there is no case to answer, and to me this is a classic example of people jumping on the bandwagon of a cause without checking their facts first, which to those in the community is making everybody who is support this 'call' look pretty stupid.

The sad part about it is, when people jump on a bandwagon like this, and make themselves look idiots, they damage the cause they are supposed to be campaigning for. Hollywood does whitewash, and its a terrible practice and should be called out and stopped wherever its seen - but this instance doesn't help.