This is a bit out of my normal patch, but a very good friend of mine will be in the craft market so anybody who is in the area should drop along and keep and eye out for 'Crafty Miss Kitty' 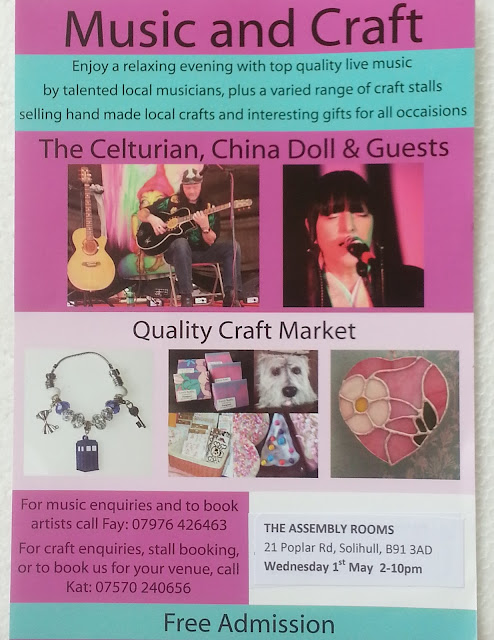 Its been an interesting few weeks. Seems my partner's coping strategy for me no longer being in gainful employ is to find massive home improvement jobs for me to do on top of being a House Husband :) I'm not bitter. It all needs doing and I've probably been avoiding it.

Also, I've been working on a secret project, which has just come to a very successful and satisfactory conclusion - but I can't tell you anything about it. Well then it wouldn't be secret, would it :)

One thing I would like to tell you about is 'Human.4' by Mike A Lancaster, which I finished reading last night.

There seem to be fewer books that I feel stand out from the crowd, but there is something about 'Human.4'. It might be that its a really good 'boy book'. That's not to say that it wouldn't appeal to girl readers, but its unusually short, ultra-fast paced, and very well laid out. I had to fight not to read it in one sitting. Indeed, YALSA recommended it as a 'Quick Pick for Reulctant Young Adult Readers', and I wholeheartedly agree.

As usual, I'm not going to tell you anything about the book. Very difficult to do so without letting out a spoiler when a story is as compact as this.

I gave it five stars on Goodreads - which I haven't awarded for some time - and thoroughly recommend it, especially for boys 12 and up.
at 09:37 No comments: Links to this post