...and a step beyond

Well our little trip to Birmingham went remarkably well, as you can see from these shots of me and my Beautiful Assistant :) 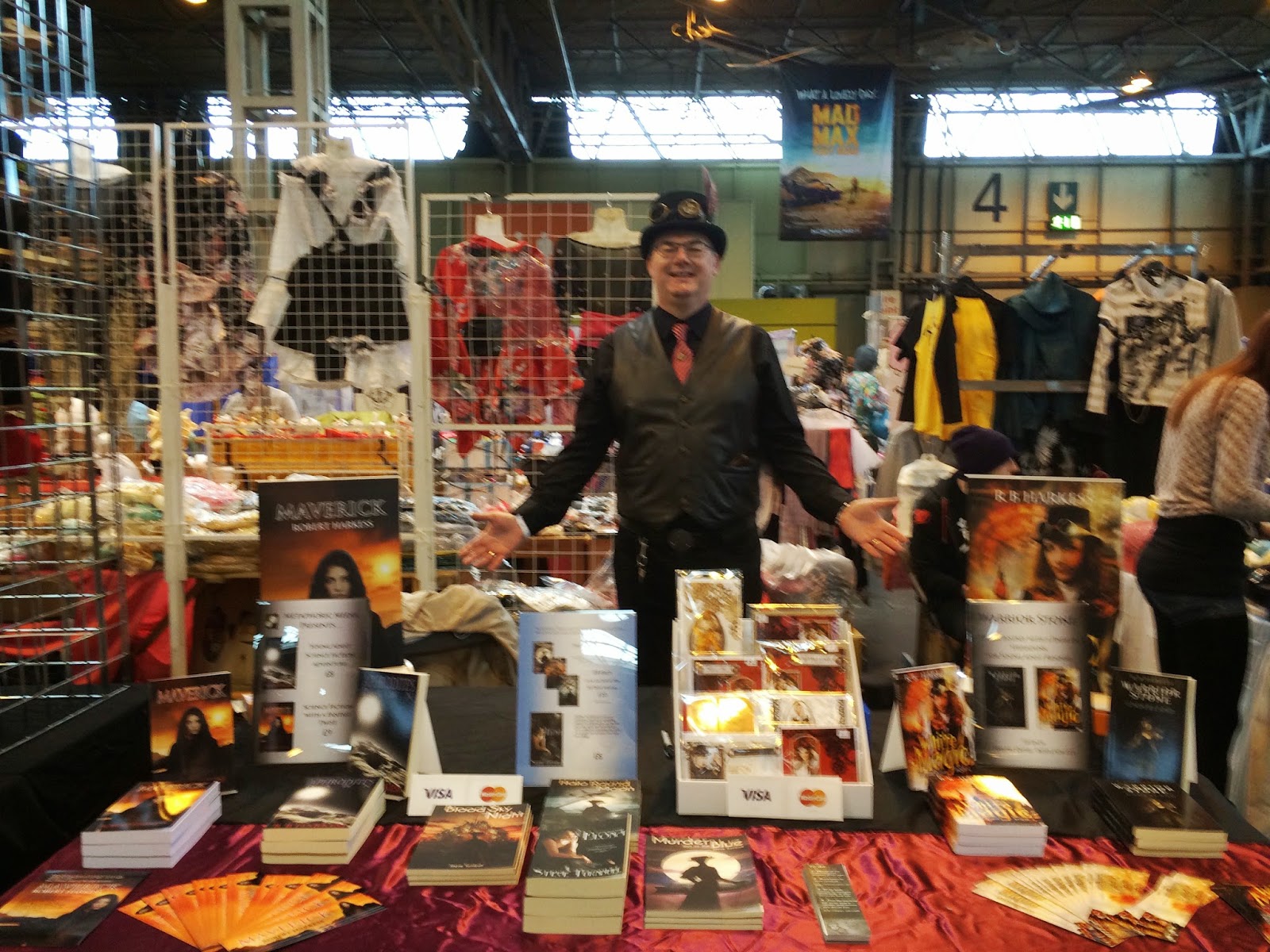 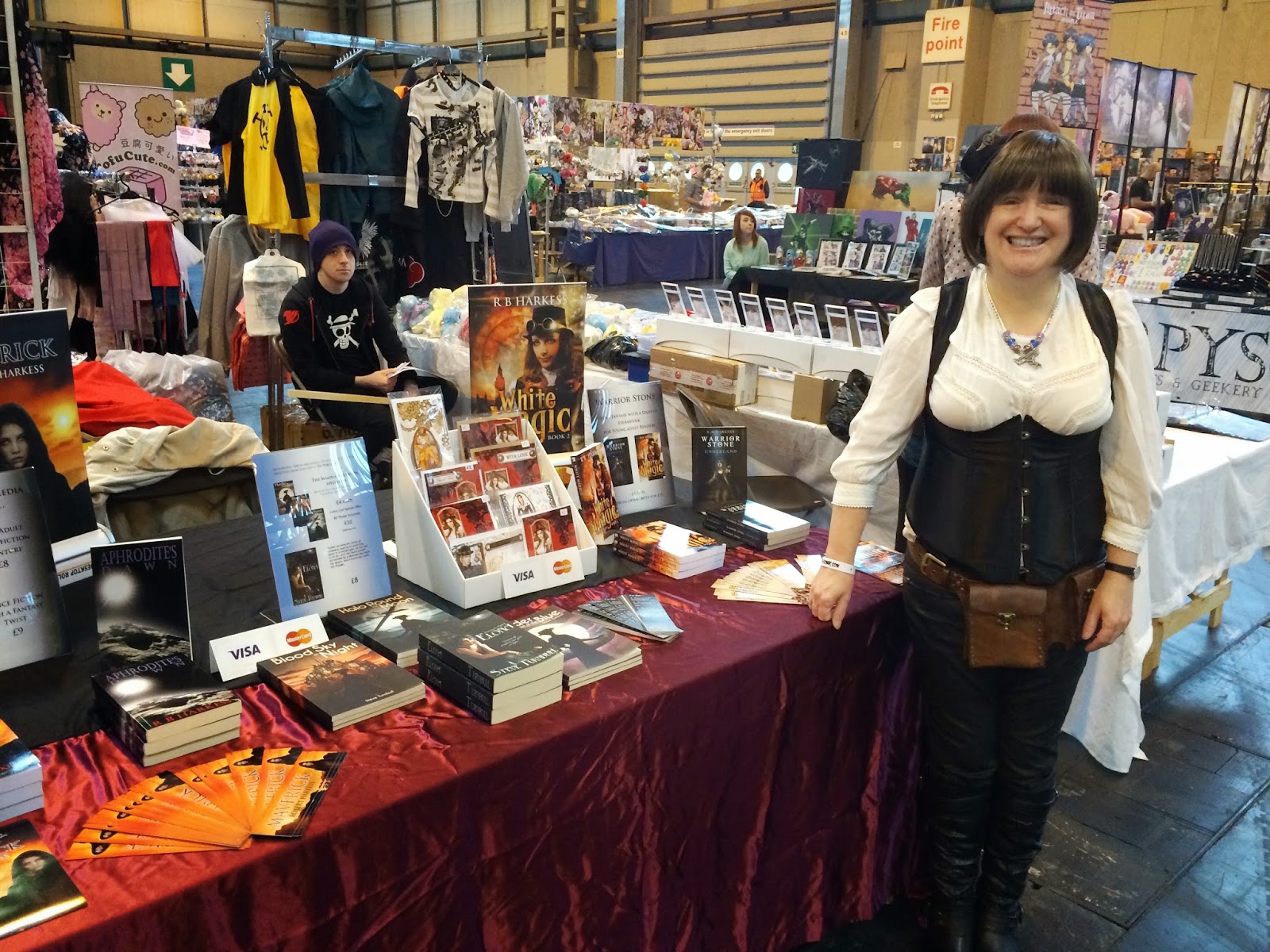 We are out and about over Easter, too. On Saturday and Sunday will will be at First Contact Day, at the Space Centre in Leicester. Apparently they are very sympathetic to star fleet crew wearing red shirts, and Commander Ivanova (Babylon 5) will be there, so we had all better be on our best behaviour.
at 19:43 No comments: Links to this post

A Step into the Unknown

Big first for Metaphoric Media (my publisher) and a for me. On Saturday 21st we will be running a trade stall at Birmingham MCM Comic Con.

We will have most of my books published so far for sale (including Maverick), and we will be launching the second book of the Warrior Stone series - 'White Magic'

Also, we are really pleased to be offering tablespace to Tau Publishing, and several of the works of Steve Turnball, particularly from his Maliha Anderson series

This will be the first time we have engaged with anything like this, so we are hugely excited (and somewhat nervous); cant wait, and yet there seems to be no time to get everything ready.

If you are at Birmingham Comicon, come by and see us on table T12. Or, if you are near Leicester over the Easter weekend, we will also be at the Space Centre, for First Contact Day.
at 13:29 No comments: Links to this post 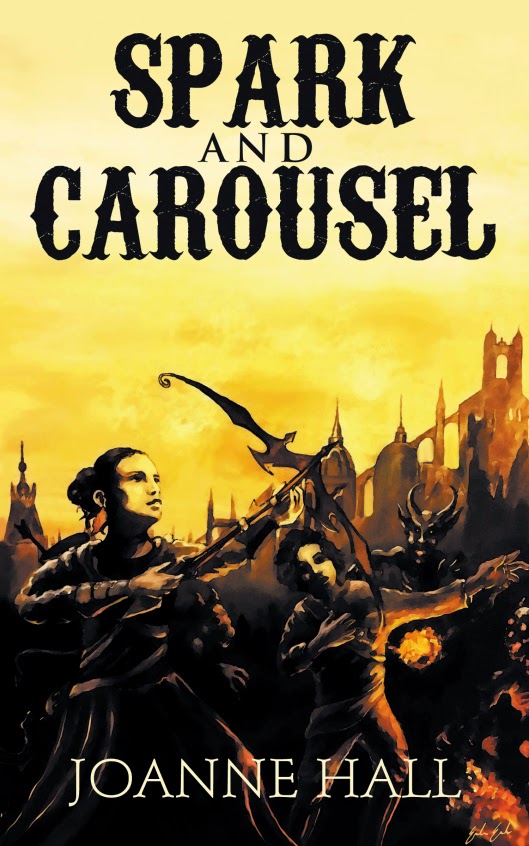 I like writers who stage several stories in the same universe. Raymond E Feist, Joe Abercrombie, and Iain M Banks come instantly to mind, and now I add Joanne Hall to that list.

Some people say it is lazy, but I disagree. It takes a lot of effort to create a universe, and I think using it more than once gives the whole world-concept, and the stories from it, more depth.

If it is done properly.

Like those mentioned in the first paragraph, Joanne Hall can now firmly lay claim to ‘doing it right’. Her stories are separate enough that they don’t crowd each other, or feel too familiar, but still have a sense of belonging to them. A glimmer of ‘I remember that place’, or name, or pseudo-legal recreational narcotic. It’s a neat trick.

Another strength I see in all Joanne Hall’s books is that she has a knack for making her readers think; not in any way that disrupts the flow of the story, but with stuff that comes back to nudge you after you put the book down. Joanne has managed this in all her books, and ‘Spark & Carousel’ is no exception.

‘Spark’ is a young apprentice who is forced to kill his master, and has to come to terms with this, the misunderstanding of his master’s peers, and his inability to control his power. Carousel is a young woman, a circus performer, living and working in the criminal underground, looking forward to a new life and a new job, only to find being a whore wasn’t as glamorous as she expected.

The stories builds deliberately, weaving threads together until all Hell breaks loose and the reader is thrown into a maelstrom of action and revelation.

I very much devoured this, rather than just read it, and highly recommend it to lovers of fantasy fiction. Available from all the usual outlets.
at 13:04 No comments: Links to this post